In the wonderful atmosphere of Palazzo Vecchio in Florence ,“Divine” was crowned as the World’s best semidisplacement Yacht between 30 and 40.9 m for 2016.

Already the “Judges Commendation Winner” at the Superyacht Design Awards in Kitzbuhel, for the Naval Architecture, the success of this project started in 2013 when, the first Columbus Sport Hybrid Yacht , now named Eleonora III , built by Columbus, received three Neptunes as best Holistic Design, Best Interior Design and the Environmental Award . Further on the Columbus Sport Hybrid has been awarded by UIM.

Divine is the second yacht in this Multi Award Winning series which boast a sporty, aggressive and contemporary line offering spacious outdoor widely accessible and customizable areas and two folding side balconies.

On a technical level, the yacht’s hybrid propulsion, which provides for excellent fuel economy, also allows the yacht to cruise extremely quietly at eight knots, running on fixed-RPM generators with low emissions.

Hull efficiency, eco-friendly impact, comfort, and interior space optimization have always been the base of design at Hydro Tec, with the 40 SH all the team, both Designers and Engineers wanted to push the boundaries. After the launch of the first unit we strongly believed as a team, that the final product was a job well done and this last Award make us believe that we were right! 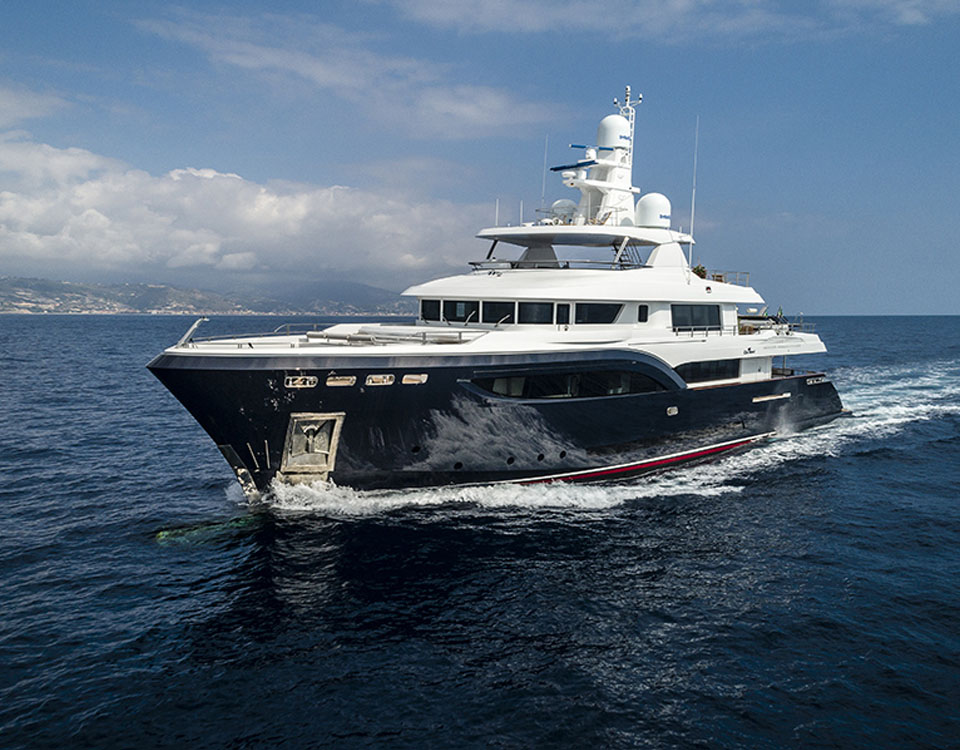